The New York Mets acquainted themselves with the city of Syracuse Tuesday, home of the organization’s new triple-A affiliate.

The team held a free open workout at the Carrier Dome, the university’s arena which has seen greats like Donovan McNabb and Carmelo Anthony grace its floor since 1980. The workout featured almost everyone who will be on the Opening Day roster, however, one notable member of the team was not in attendance.

END_OF_DOCUMENT_TOKEN_TO_BE_REPLACED 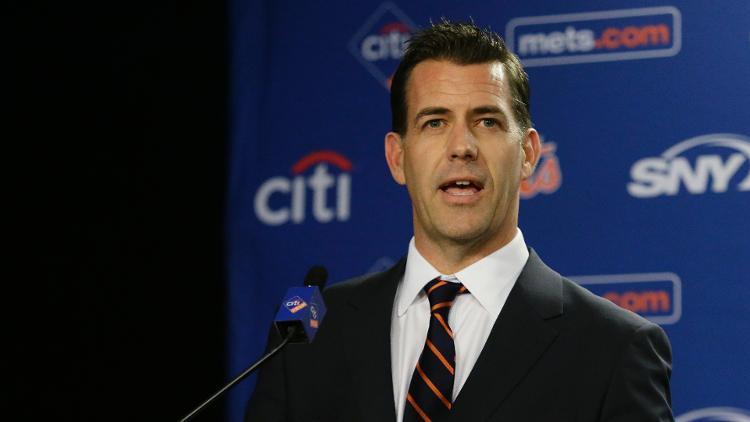 Van Wagenen’s hiring is certainly outside the box, as he comes with no experience in an MLB front office. However, he has ample experience dealing with front offices from the other side, and should provide the Mets with a fresh, modern perspective that the team has been without.

Alderson’s time had come. Earlier this year, he announced his cancer had recurred and had stepped down from his position mid-season. His team’s performance had also declined considerably the last two seasons after appearing in the 2015 World Series and making the postseason again the following year. Although the time was right for the Mets to hire a new GM, Alderson should be remembered for his incredibly successful tenure in Flushing.

END_OF_DOCUMENT_TOKEN_TO_BE_REPLACED

As both New York baseball teams prepare to battle for the first of two three-game sets this year, the only similarity that can be found between them right now is the state they play in.

An 11-1 start for the Mets seems like ancient history at the moment, as the team currently sits at 27-32, good for fourth in the NL East. During the season’s first two weeks, rookie manager Mickey Callaway seemed to possess the Midas Touch, as every move he made worked beautifully.

Since then not only has the team struggled terribly but every move Callaway makes, logical or outlandish, seems to backfire.

The Yankees, who started the year 9-9 had their own rookie manager, Aaron Boone, heavily critiqued during the team’s early struggles. Since then not a word has been said as they’ve put up a 31-9 record since their long-ago days of .500 ball.

The Mets need much more than just these three games to get back in the playoff race, but here’s what this series could potentially do for the little brother in New York…