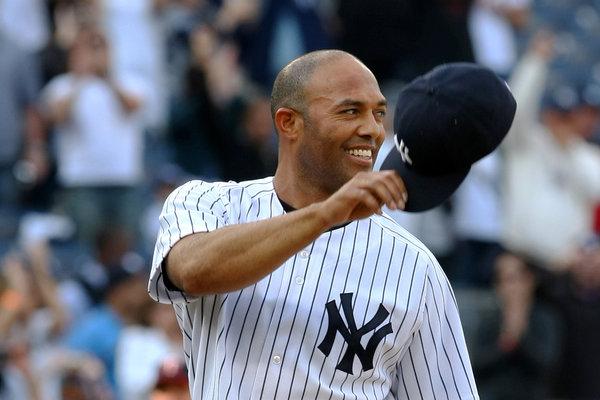 Babe Ruth, Hank Aaron, and Tom Seaver. Just three of the now 230 Major League Baseball players who have been inducted into the National Baseball Hall of Fame in Cooperstown. Those three, along with many others, had careers so incredible that it’d be hard pressed to find a writer who wouldn’t include them on his or her ballot. Still, some left them off.

That all changed yesterday as New York Yankees closer Mariano Rivera became the first player ever to receive 100 percent of the necessary votes to be enshrined in Cooperstown. 425 out of 425. Incredible.

You can sit around and argue all day as to whether he deserved to be voted in unanimously. “He was a failed starter,” “His job entailed pitching one inning,” “Better players haven’t cracked 100 percent, why should he?” Those are all valid points, but whether you want to look at his stats on paper or judge him with the eye test, Mariano did deserve 100 percent of the vote.

He just shouldn’t have been the first to receive it.

Let’s start with the inaugural Hall of Fame class in 1936. The inductees were legends by the names of Ty Cobb, Honus Wagner, Babe Ruth, Christy Mathewson and Walter Johnson. None of them earned 100 percent of the vote. Not even the Babe. The Sultan of Swat. The Great Bambino. Call him what you want, he’s the man who saved baseball.

Ted Williams, who missed his age 24-26 seasons to serve his country in World War II and still hit 521 home runs while collecting the best on-base percentage of all time (.482), received 93.4 percent. Willie Mays, who won two MVP awards, 12 Gold Glove awards and belted 660 home runs, received 94.7 percent of the vote. Hank Aaron, who held the home run record for over 20 years with his 714 long balls until Barry Bonds surpassed him, fell just shy of 98 percent of the vote.

Those are just three of about 20 legends who deserved to be voted in unanimously. Regardless, the only one to hold that honor now is Rivera. Sandman. The best closer of all time. Five World Series rings, 13 All-Star games, 652 saves and a WHIP of exactly one in nearly 1,284 innings pitched. As great a pitcher as he was, Rivera is ten times the man. Even though he shouldn’t have been the first to be voted into Cooperstown unanimously, that’s not of his own fault, and he got what he deserved, 100 percent.

Now that Rivera’s broken the old, stubborn barrier, he won’t be the last unanimous selection.