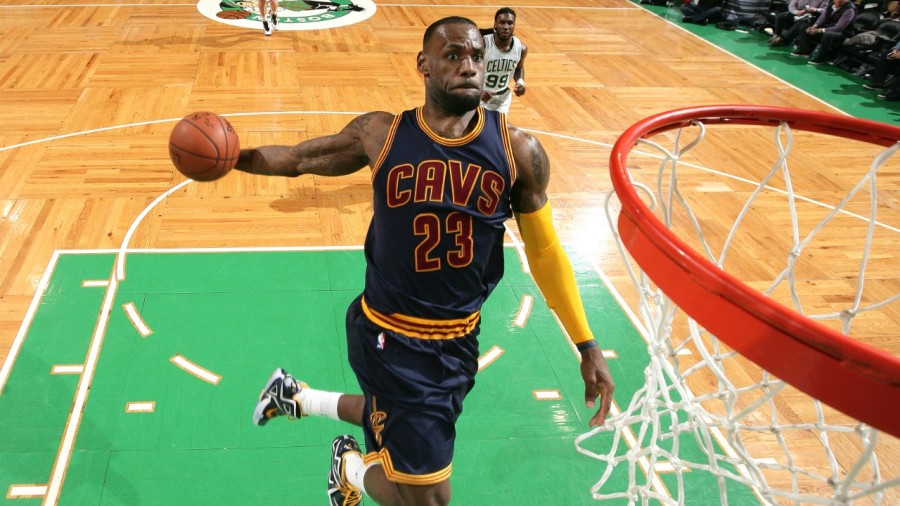 Who would’ve thought that being crowned the second-best player in NBA history would be perceived as such an insult?

The debates lately for the title of GOAT between LeBron James and Michael Jordan have caused more arguments than the recent presidential election for some avid basketball fans.

James doesn’t have the perfect 6-0 record in the NBA Finals that Jordan does, but he’s 3-5 heading into this year’s championship. He’s now appeared in three more finals than Jordan did, and by making it back with Cleveland this year, only two TEAMS (Boston and the Lakers) have appeared in more finals than The King.

What makes this postseason run so special though, is James’s supporting cast.

Jordan had Scottie Pippen by his side every year he was with the Bulls. He also had guys like Horace Grant, B.J. Armstrong and Dennis Rodman, among others, providing an exceptional supporting cast.

James has had great teams around him too. In the summer of 2010 he formed one of the first modern super teams with Dwayne Wade and Chris Bosh in Miami. That trio appeared in four consecutive finals, winning two.

After Miami, he returned to Cleveland to join Kyrie Irving and Kevin Love, and since has made the finals in each of his four seasons back with the Cavaliers.

This year has been much different though.

After making it clear that he no longer wanted to play in LeBron’s shadow, Irving requested a trade last offseason, and was sent to Boston for Isaiah Thomas.

Thomas, who played in only 15 games with Cleveland, was just a shell of the extraordinary player he was last year and was shipped to the Lakers at the trade deadline.

Wade, who played 46 games in primarily a bench role for the Cavs was also traded at the deadline. He was sent back to the Heat, so he could presumably end his career with the team that drafted him.

Love failed to play 60 games for Cleveland this season, and for the first time in his 15-year career, James had to play all 82. While that would have negative effects on most, he might’ve produced his best year yet.

Throughout his 18-game playoff run to the finals James has also averaged 34 points per game. The only other player to ever do so heading into the finals was Jordan in 1992.

LeBron has single handedly put the Cavaliers on his back this season. It showed when Indiana almost ran him out of the playoffs in the first round for the first time in his career. It showed again when he led a sweep of the top-seeded Toronto Raptors, scoring 136 points in the series to Kyle Lowry and DeMar DeRozan’s 138 combined. And it certainly showed when he handed Boston its first home loss of the postseason in game seven Sunday night, without Kevin Love, by accounting for over 40 percent of Cleveland’s points.

He isn’t working with much, but LeBron is using this postseason to show why he is not just the best player of his generation, but of all time.

If he leads the Cavaliers past a stacked Golden State team in the NBA Finals, he would have to end the debate for those who are still on the fence, but I’ve seen enough to make up my mind.